Around 62 people signed in on Thursday, January 16th, for the Google Panel. WICS invited female Googlers to talk about what it is like to work there, capabilities needed for applying, as well as ways of applying. One of the speakers that came, trains other Googlers to interview applications and gave WICS some really good interview advice. 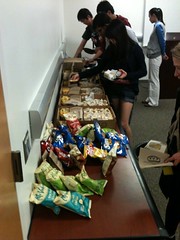 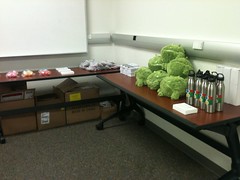 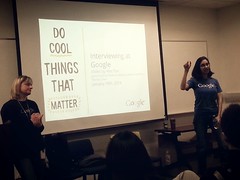 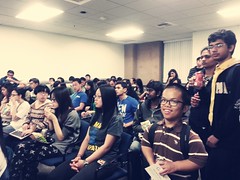 The two speakers talked about how Google is doing their best in decreasing the gender inequality. There are many benefits to working at Google such as flexible schedules, maternity and paternity leave, and even asking for promotions. Due to the limited space in the room, many people were unable to attend the panel. However, Google set up a booth outside the DBH building the next day for further questions and advice for people who were unable to go to the panel. Apply for Google by going on google.com/jobs/students!

WICS would like to give a big thanks to the recruiter, Alec Fox, for organizing this event.