It is never too early to introduce Computer Science to girls and the #GirlsKnowCS Conference was a perfect example! This year, the Santa Ana Public Library hosted a conference for girls who are interested in Computer Science and invited WICS to come speak and lead a hands on activity. Ninety-five girls of all ages ranging from grades 4-12 gathered together at the Santa Ana Senior Center to listen to empowering women talk about their success story and participate in the fun workshops that were held.

Speaking of guest speakers, WICS had the honor of sending our very own Community Outreach Co-Chair, Rosetta Pendleton, to the #GirlsKnowCS Conference to share her journey of how she became involved in Computer Science. Rosetta’s story of how she taught herself programming skills due to the lack of CS resources in Hawaii and how she decided to move to the mainland in order to find more CS opportunities inspired the attendees. Rosetta demonstrated that despite one’s background, anyone can succeed in the Computer Science field.

There were two main workshops at the #GirlsKnowCS Conference: app development and binary bracelets. A representative from Microsoft provided Surface Pros to each group of attendees to help them develop an app idea using a drag and drop program. WICS led the binary bracelets activity and taught the attendees the concept of binary numbers through converting their birthdays to binary and representing it as a bracelet using alternating beads. Overall, the girls seemed to really enjoy the workshops as they were able to express their creativity in bringing their app idea to life and making something of their own using a CS concept.

WICS looks forward to collaborating with the Santa Ana Public Library on more events such as the #GirlsKnowCS Conference. Together, we hope to spark the interest in technology in more girls and close the gender gap. 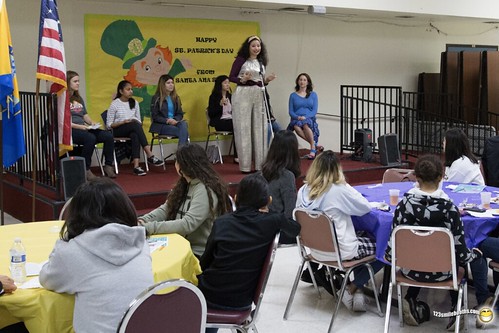 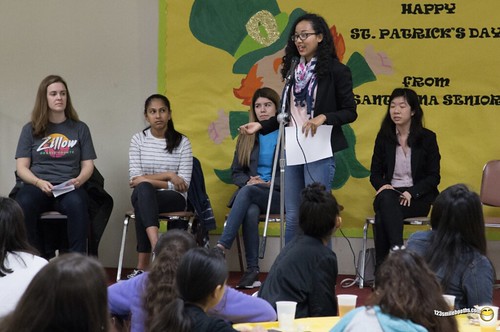 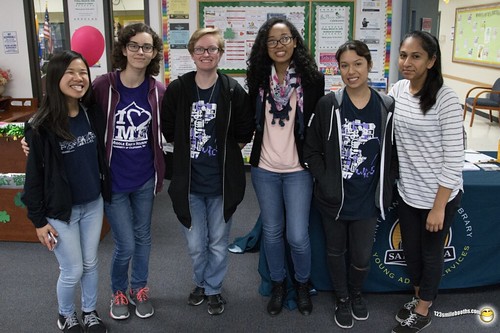 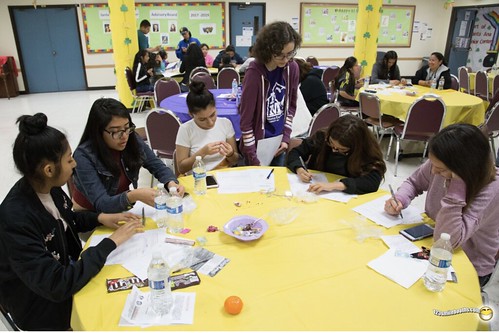